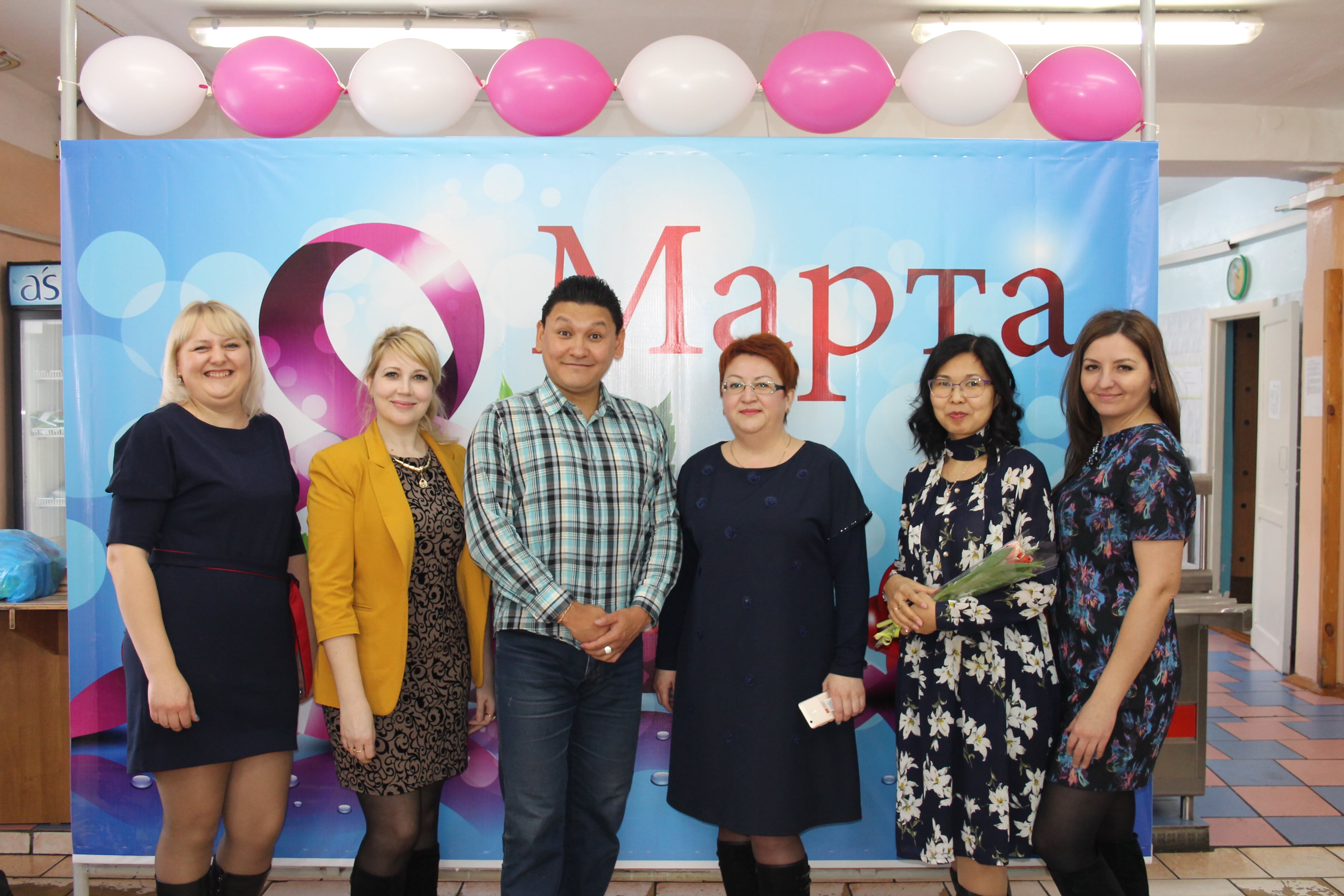 On one of the main spring celebration, namely on March 8th, a congratulatory concert for the fair sex was organized on the territory of the plant. Women were greeted with gifts and flowers.

Congratulatory program began with the opening speech of the general director – Kruk Oleg. In his congratulations, he expressed gratitude for the work for the benefit of the enterprise, and also presented the female audience with compliments. Then followed a rich program. The first acted artists of the original genre with their comedy number “Physical Culture”, and after – an instrumental duet and singer. The entertainment program was diluted with congratulations. The second word was taken by the chairman of the trade union committee – Rahmetov Agybai. In addition to cordial congratulations, he also sang the song. Then the artists showed two more numbers with tricks and soap bubbles. Several employees even managed to participate in their presentations.

Responsibility, congratulate the workers on behalf of all the men of the plant, took over the deputy chairman of the trade union committee – Bagrov Dmitry. Presenting my congratulations in the form of a poem. The instrumental duet closed the festive program, which performed the composition on guitar and saxophone. In addition to the concert and gifts, women were waiting for another surprise – a stand with their photos. A few weeks prior to the holiday, Kazenergocabel JSC invited a professional photographer to go to all the departments, conducting photo sessions for female employees. The best photos, on the day of the holiday, were adorned on the stand at the entrance. Every year the factory holds a celebration for its women and tries every time to surprise them with something new, which is excellent for it!